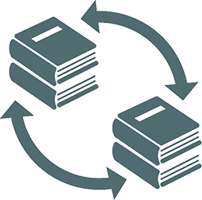 The former Interlibrary loan (ILL) system, Colombo, is being replaced by Tipasa, a new software fully integrated in Sofia.

To facilitate the transition to this new system, four pilot institutions (Université du Québec à Trois-Rivières, HEC Montréal, École de technologie supérieure and Polytechnique Montréal) launched Tipasa at the beginning of 2022. After a 16-week implementation phase, the other 14 institutions will begin operating Tipasa from early June to mid-July in four successive groups.

Users will be able to make ILL requests in the Sofia interface, using the “Obtain via Interlibrary Loan” button, or via the new forms that will be accessible directly in their own account (My account).